When we think of a garden, the image that comes to mind is of neat rows of mounded dirt, with paths running between them for the gardener. Or, perhaps, a quiet, grassy space surrounded by flowers and shrubs. What we don’t think about is the stories that gardens tell.

A vegetable garden can be a quite utilitarian affair and a backyard can be a haphazard jumble of flower beds, bushes, trees and ill-placed lawn. But it doesn’t have to be so. At least that’s what I’ve been telling myself for years now. I have had an ongoing battle with blackberry cane, bindweed and nightshade that’s been discouraging. I’ve managed to rid two flower beds of these plants and have a third that I’ve had middling success with, but overall it’s been a discouraging process. My attempts at vegetable gardening have been unqualified failures, though I have a rhubarb plant that produces well each year. I’ve also managed to calm down a rose bush that had been trying to take over the yard in a Sleeping-Beauty-prison-like fashion. Now it’s a reasonable size and flowering nicely, without trapping any wayward travellers or foolish quest-seekers.

I’m not a necessarily a fan of the manicured garden, with carefully placed plants and no room for surprises, but I would like a balanced space that’s enjoyable for us and hospitable to the plants I do want to introduce. Part of the problem is that all the plants I’m having difficulty with aren’t native to this area (or even this continent). I’ve often thought they are both a metaphor for the colonization that’s happened here and a legacy of that colonization. I admire native plant gardens, which allow for a riot of growth and propagation, but are in harmony with the region, so aren’t unmanageable in the way that imported plants can be.

All of this is to say that my garden tells a story of forays and routs, outposts and sieges. Not exactly relaxing. I’m working on it, though. I recently took a workshop in companion planting at The World in a Garden, an urban agricultural project that is part community garden and part teaching space. (All the photos in this post were taken there and, as you can see, it’s both beautiful and functional.) Our instructor was Brian Campbell, a master gardener and a beekeeper. 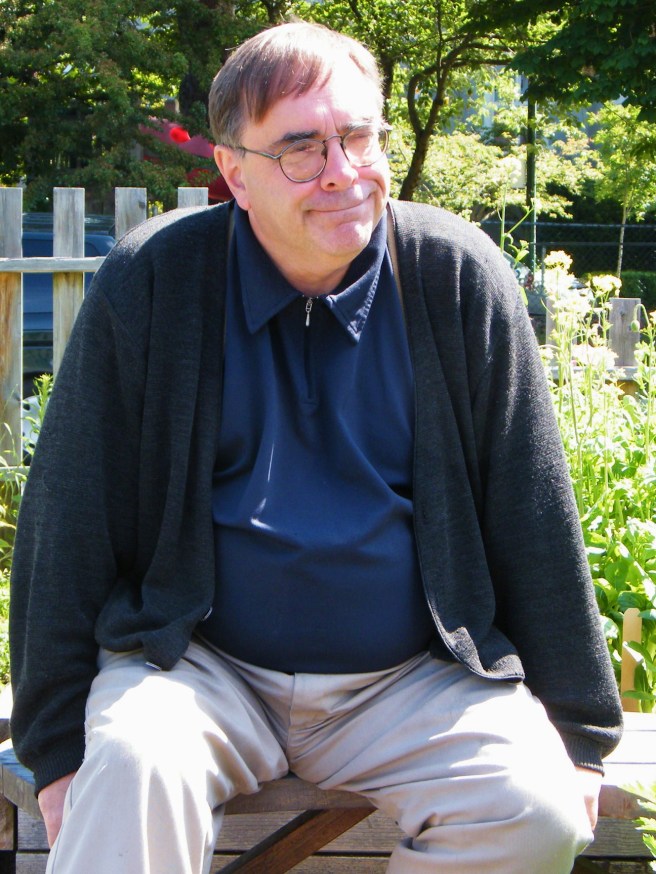 The idea of companion planting has its roots (so to speak) in neo-Platonic philosophy, with certain plants being associated with certain of the classical humours and the elements of air, earth, fire and water. So, this sort of gardening accomplishes a philosophical correspondence, rather than a system for successful growth. Modern permacultural practices look at companion planting in its practical aspects, using plants to help each other repel predators and encourage beneficial insects and nutrients. Between these two poles, there are many narrative possibilities, including metaphorical gardens. Plants have accrued many meanings and a little research can help you to plan one that can be read as musical, poetic or more.

Brian encouraged us to think about the qualities we were looking for in our gardens and to use those descriptors to guide us in our planning and planting, helping us to develop garden narratives of our own. For me, that means concentrating my efforts in my newly-built raised bed and creating a contemplative and relaxing space in the rest of my backyard. I’ve also decided to incorporate the permacultural idea of Zone 5 into a corner of my garden – an untouched, sacred space that doesn’t represent a battle zone, but instead provides a refuge for native plants and insects. A little balance and harmony in the garden should reinforce those qualities in the gardener, don’t you think?

8 thoughts on “Taming the Gardener”