Ribs and summer weather are a good fit. They bring up thoughts of potato salad, corn on the cob and lemonade. Since summer hasn’t exactly started here, it’s good that ribs are also a good match for sports. The Canucks [Seriously, WordPress, you don’t recognize the word Canucks?] are in the Stanley Cup finals and the whole city is in thrall to its televisions…with some notable exceptions. I’m sure they’ll be commenting to that effect on this post.

I’m a fair weather hockey fan. Bring me to a game and I’ll be watching every play. Otherwise, I don’t follow it until the playoffs. Even then, I only pay enough attention to make sure I don’t miss anything exciting. (The Canucks in the finals – exciting.) My family despairs of me. I was raised in a hockey-loving clan. My grandfather cheered for the Canadiens and some of my earliest memories are of three generations of my family crowded around the television in my grandparents’ living room. The decibel level was impressive. I was already a suspect fan; my favourite part of the broadcast was Peter Puck. 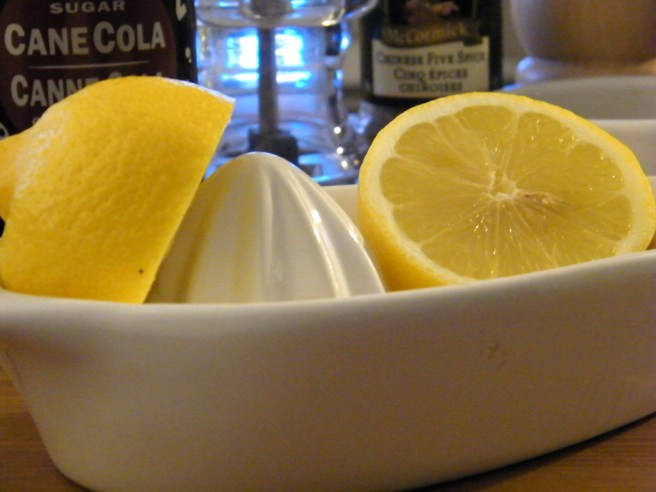 All of this is to say that I’m paying attention to hockey right now and this week’s French Fridays recipe is a perfect fit. Cola and Jam Spareribs, steamed bok choy, mashed potatoes and Gewürztraminer, plus a winning home team game. Not bad for a Friday night at home. At least that was the plan. As of this writing, the ribs have just come out of the oven and we’re planning to eat them tomorrow, though we may have a few as a late-night snack, just to make sure they’re acceptable. 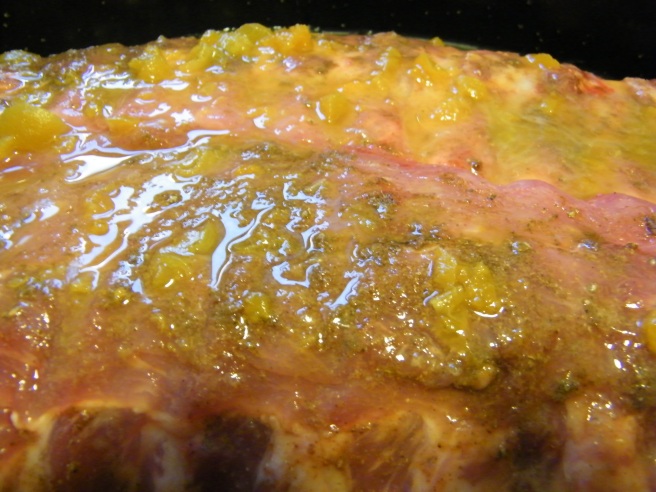 The aroma from the kitchen certainly promises that they’ll be more than acceptable. This isn’t a typically saucy rib recipe. The meat is rubbed with five spice powder, ground ginger, salt and pepper, then marinated in apricot jam, mixed with orange and lemon juices. Late in the roasting process, cola is added to the pan. It’s a long cooking time, with regular basting, but the meat is awfully tender looking. I’ll let you know in the comments how we liked it. 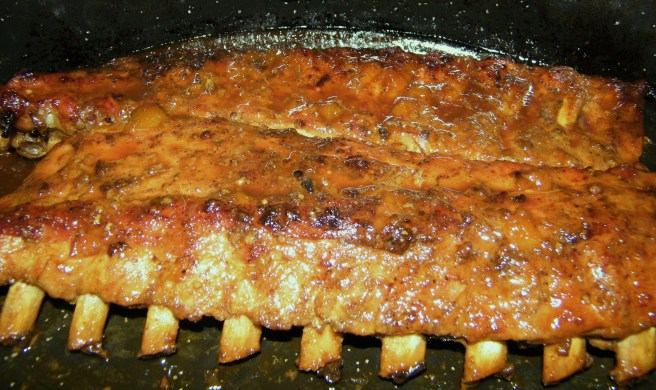 You can find many other blogged descriptions of this week’s FFWD recipe here: Cola and Jam Spareribs