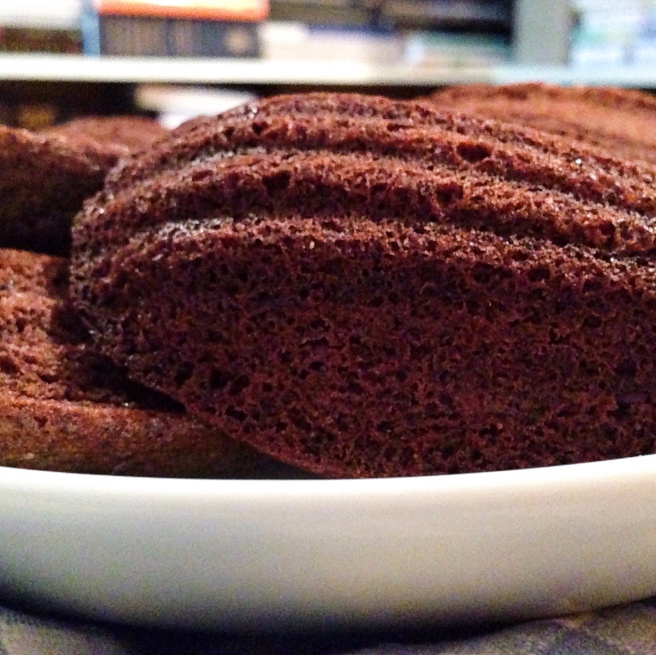 I’ve made madeleines twice in the past week – once for Tuesdays with Dorie and now for Cook the Book Fridays. Both recipes involved browned butter, but they part ways there. The ones I made earlier in the week were not far off traditional, with a rich, buttery vanilla flavour. The ones I made today are mostly buckwheat flour, with egg whites for lightness and cocoa nibs for a subtle, crunchy chocolate surprise. Not at all traditional, but delicious nevertheless.

I used to bring big baskets of snickerdoodles and chocolate crinkles to meetings, partly because I thought the flavours made a nice contrast, but also for the visual impact. I think I might start doing the same with madeleines, too. The nuttiness of the buckwheat and the chocolate crunch of the cocoa nibs would contrast nicely with the traditional cakes. 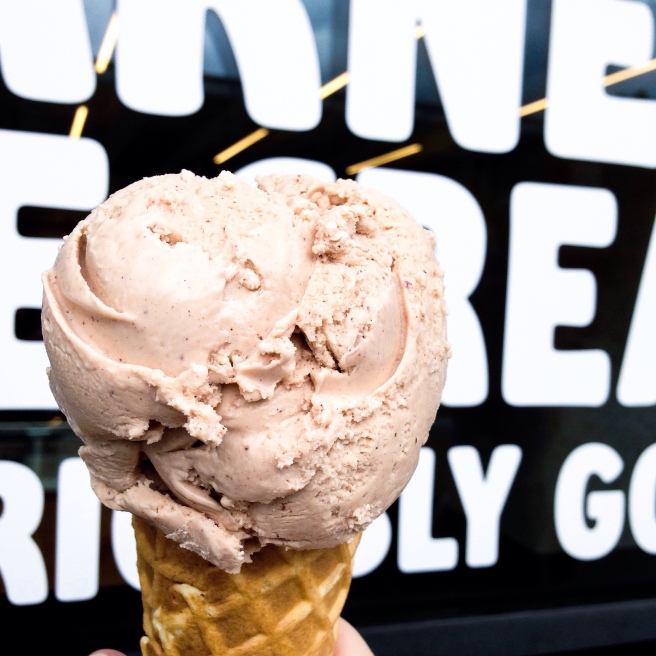 I also wish I’d picked up a pint of the ice cream I tried today. Ghost Chocolate, a collaboration between Earnest Ice Cream and East Van Roasters, is made from steeping cocoa shells (that would otherwise be discarded) in cream to make a subtle chocolate ice cream that would complement these buckwheat madeleines perfectly.

I’ll have to make do (happily) with warm madeleines and a cup of tea. C’est la vie. 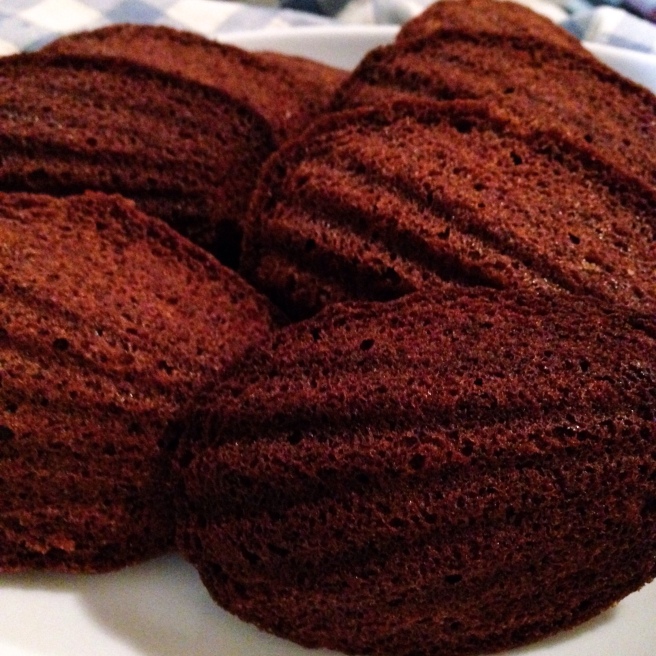 You can read through everyone’s posts here. And consider joining this community of wonderful cooks and lovely people, as we work our way through David Lebovitz‘ My Paris Kitchen.