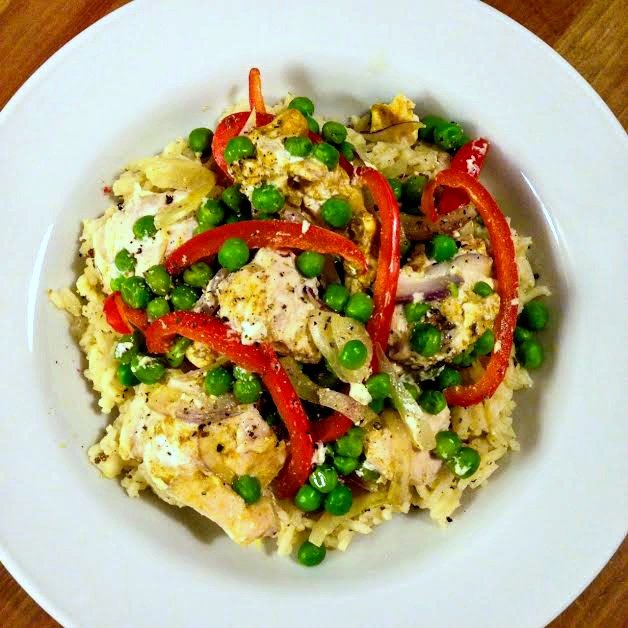 For some reason, a lot of my friends were kicked out of Brownies for rebellious behaviour. Not me, though. I went through the whole Girl Guide system and then jumped over to Scouts when I’d exhausted the camping possibilities that the oldest level, Rangers, had to offer. I knew a good thing when I saw it. Weekends away in the woods, longer in the summer, were a haven worth wearing a uniform for during the rest of the year. Besides, there were the badges – even one for reading. Yes, I know, I’ve never been the James Dean type.

One of the highlights of the year was often a trip to Camp Olave, a beautiful oceanside retreat on BC’s Sunshine Coast.

What does any of this have to do with this week’s recipe? Well, the en papilotte method of cooking evokes a very particular memory of a multi-district camp I attended at Camp Olave when I was almost ready to leave Guides for the next level up. We were amongst the oldest girls there, so we were seconded by the leaders for all sorts of minor supervisory jobs – which mostly translated into babysitting the Brownies. It also meant that we were considered ready for more adult behaviour.

So, we were told we’d be the last to be fed when a plan to cook foil dinners in solar ovens failed – the leaders hadn’t factored cloud cover into their planning, even though the “Sunshine Coast” is as rainy as MetroVancouver. The packets were dumped around hastily constructed fires and I didn’t eat until around midnight. I don’t remember what else was in the packet, but I do remember that the chunks of potato were only about half-cooked.

That turned me off cooking in foil completely until I was in my twenties. Cooking fish in foil – in an electric oven only – was one of the tricks I learned to make it look like I actually knew what I was doing in the kitchen.

The three en papillote recipes we’ve done so far in French Fridays have been fabulous, not to mention customizable. This fourth foray into foil (or more elegantly, parchment paper) was no exception. I cooked half the vegetables on their own, so that I could serve them with slices of tofu sautéed with Indian spices for Kevin. The rest I cooked with a half portion of chicken, for me.

I was worried that the ingredients were too simple – just curry powder, salt, and pepper against chicken, onions, peas, and red pepper. It comes out just right, though, steamed in its own juices. I served it with a recipe we tackled way back in 2011, Cardamom Rice Pilaf. It’s the side dish Dorie recommends for the curried chicken and it’s one I’m always looking for an excuse to make. The two make a great combination. One that chases out any memories I might have of half-cooked potatoes in the woods.

You can find this week’s recipe here.