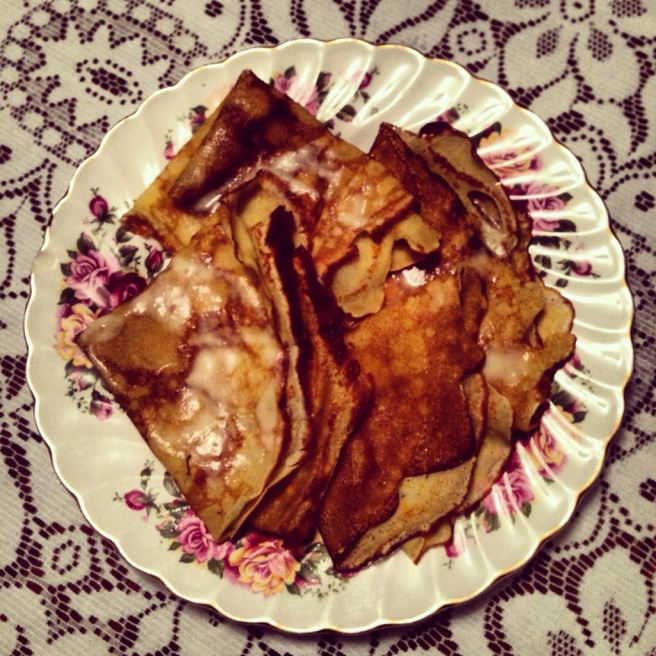 In the early years of my parents’ marriage, my mother went on a quest to find the perfect lemon meringue pie recipe. It was my father’s favourite dessert and he told her he hadn’t had a good slice since he’d moved away from home. He’d never found any that could measure up to his mother’s recipe.

We were living in Winnipeg at the time, surrounded by my mother’s family, and she thought he should have a taste of home, too. So, she asked all the nurses she worked with at the hospital. Some of them brought in pie for my father to try and others passed on their recipes to my mother. Each time he was presented with a new version, Dad said, “It’s good, but it’s not like Mom’s.” Then, she went to her aunts, famously prolific scratch cooks, for their recipes. He thought their lemon meringue pies were pretty good, but they still didn’t measure up to his mother’s.

Finally, my grandparents came out to visit and my mother took my grandmother aside to ask her for her recipe. She told her how many different recipes she’d tried, without success. Grandma replied,”Oh well, dear. I just use Shirriff’s.” That possibility hadn’t occurred to my mother.

So, shortly after that visit, there was one more pie for my father to try. He tried it and said delightedly,”This is it! This is just like Mom’s.” My mother pulled out the box to show him and that was the end of scratch lemon filling in their household for many years to come.

Until now. I’ve made Dorie’s lemon curd before, but not for my parents. One of the options that Dorie presents for this week’s assignment is a lemon curd filling. The crêpes themselves are flavoured with lemon and orange zest, along with rum and orange liqueur (I used Triple Sec). There’s also a buttery orange and lemon sauce that goes on top, so I thought, why not go the distance? It was a good choice. My crêpe-making technique needs a little work – thank goodness for folding, it hides a multitude of less-than-perfectly-round sins. The texture of the crêpes was spot-on, though, and the make-ahead filling and sauce make them the sort of dessert you can “just throw together” to impress.

This dessert was a big hit with my parents. My Dad even said the filling was just as good as Shirriff’s.

You can find many other blogged descriptions of this FFWD recipe here: Butter and Rum Crêpes, Plain and Fancy

41 thoughts on “FFWD: Butter and Rum Crêpes, Plain and Fancy”