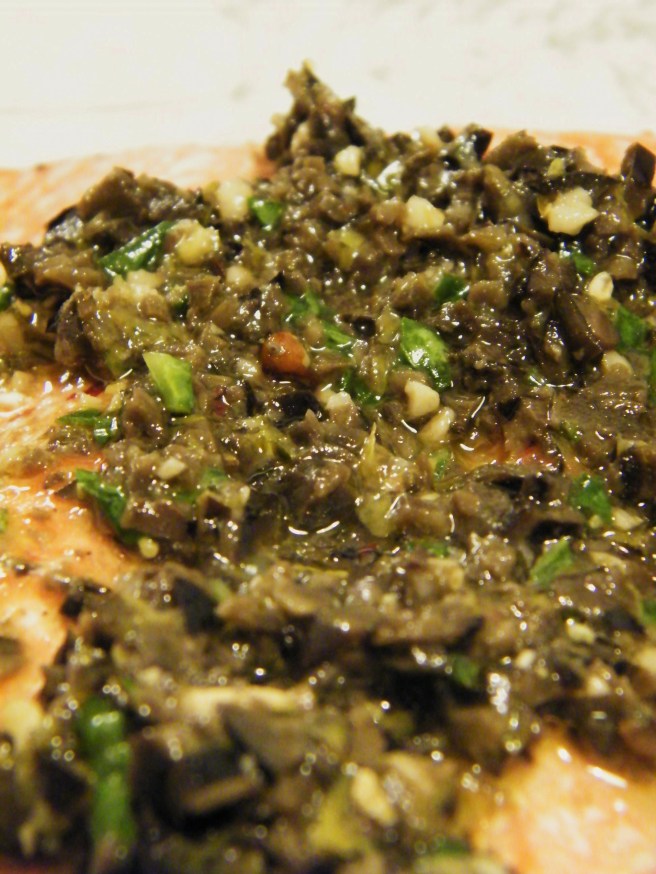 The first time I made this dish was not long after French Fridays began. A friend of ours was living with cancer and was slowly beginning to let go. I started going over regularly to cook for her and Kevin would join me when his work schedule allowed. Another friend of hers had organized a rotation using Lotsa Helping Hands, so that folks didn’t show up all at once on one day and leave her hanging another. I was holding onto a lot of denial, which was fed by the fact that this had all happened before – the decline, the rotation – and she’d bounced back miraculously. By the end of the year, though, she was gone. Many of the first several months of French Fridays recipes were shared with her. They have a bittersweetness for me now. I also have her assessment of those recipes in the back of my mind – this one was too oily (I used a lot less olive oil this time), the Pumpkin-Gorgonzola Flans were actually a dessert, she wouldn’t change a thing about the Spiced Butter-Glazed Carrots.

The timing of this week’s dish is perfect – last weekend was the Vancouver Folk Music Festival and she devoured it passionately every year. Jeanne was a foodie, an explorer, a self-described “culture vulture,” and a seeker of healing and wisdom. She was fiercely opinionated, always ready for adventure, and deeply committed to her friends. The world is less for not having her in it, but it seems as though there are traces of her everywhere, in the festivals, art shows and Pride marches; the waterways she kayaked up and down BC’s coast; the roads across the province she knew as well as the locals. I think of her often, especially when I go to an art show or try a new restaurant. Nothing got her as excited as trying something new, unless it was taking off into the wilderness for a while.

Memory is wrapped up in the senses. One of the reasons I love cooking and baking for those I love is that it helps build those memories for me and for them. When Jeanne died, she left me some of her kitchen equipment and some of her camera equipment. I like the connection that’s made between my blogging and my memories of her.

You can find many other blogged descriptions of this week’s FFWD recipe here: Salmon with Basil Tapenade