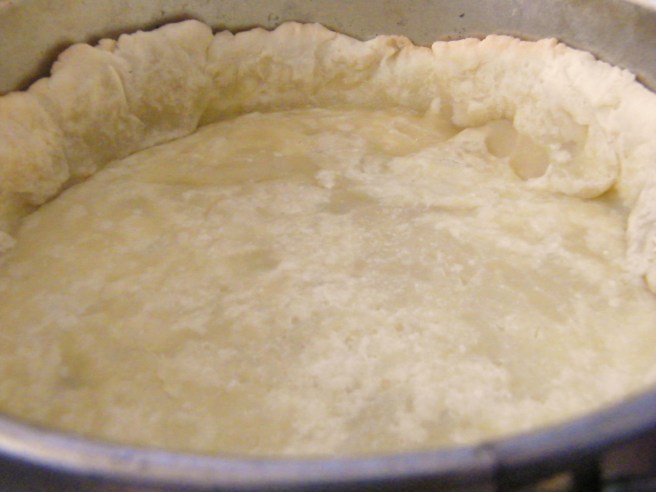 My post on this week’s recipe, Citrus-Berry Terrine, will have to wait until later this weekend. I’m still not fully up to standing for very long, but think I can manage it in the next day or two. After all, I don’t want to miss out on using local berries at the height of their goodness.

Instead, I’m going to do a catch up post on two of the recipes I missed out on when they were scheduled. Torteau de chèvre was one of the recipes I’d been looking forward to from the beginning of French Fridays, while Spinach and Bacon Quiche was a recipe that had escaped my notice at first.

What both of these recipes have in common is Dorie’s pâte brisée, or tart dough. This tart dough is not the cookie-like pâte sucrée, but one that has a similar structure and is suitable for both savoury and sweet fillings. I’ve managed to adapt it to gluten-free just by using my favourite gluten-free flour mix and reducing the quantity of flour by 1/4 cup. I wish g-f adaptation was always so easy.

As you can see from the photo at the top of this post, I don’t own a tart pan. So, I just press the dough into a springform pan to the height I need. It looks just fine when it’s filled and out of the oven, but I’m sure I’ll succumb to the temptation and purchase a tart pan at some point. What is a cooking club, after all, but a good excuse to buy more cooking equipment and exciting ingredients?

I’m not sure now why I didn’t get ’round to writing a post for torteau de chèvre, but I suspect it has something to do with how few of my photos turned out. I only ended up with two I liked. I’m slowly trying to break myself of the habit of photographing food after dark. At this time of year, that’s an easy task. In May, it was a little harder. No matter, the tourteau was beautiful under any light. Making the batter is a process of adding more and more air with every step. First, the egg whites are whipped to stiff peaks, then the rest of the ingredients are separately mixed into a light, smooth batter. Once the egg whites are folded into the goat cheese mixture, the batter is almost frothy. So, it’s a surprise that once it’s poured into the par-baked crust and baked, what emerges from the oven is more like a sponge cake than a cheesecake.

I just ate the slices out of hand, without any embellishment, but you could easily serve it with a fruit or a sauce. I love what Elaine did with hers, combining it with another French Fridays assignment. 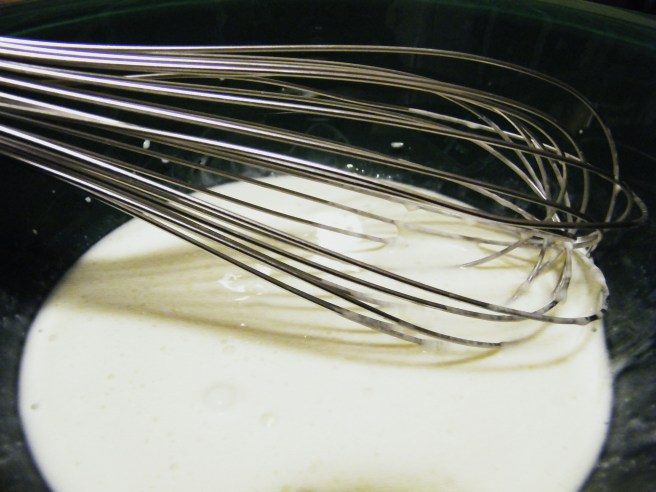 My partner wasn’t a fan of the torteau de chèvre, but he loved the spinach and bacon quiche. In fact, this quiche sent me off into a quiche baking spree. Now that I know he likes it, it’s going to be something I make monthly. It’s great for light dinners and even better for packed lunches. This particular quiche is quite hearty, which is a departure from the dish’s 1980s reputation as a lightweight, fussy meal.

I didn’t add any salt to the filling, as I knew the bacon and Parmesan would make it quite salty enough for us. It’s not something that I’d serve too regularly, as the eggs, heavy cream, cheese and bacon militate against heart health, but it’s a nice treat. It’s also something that could easily be adapted with lower-fat milk. I haven’t done it yet, but I’m planning on making a vegetarian version of this that’s a little more Mediterranean, inspired by Betsy, whose beet green quiche will also be on the menu, once I harvest the beets in my garden.

I’ve been on a quest for a good, easy gluten-free pie crust for a while now, but I’ve begun to feel that all I really need to do is to use this tart dough instead. It has a different taste and texture than pie crust, but everyone who has had the g-f version has loved it. I think I’m going to adapt my thinking around pies and stick with the dough that works. I have plenty of opportunities to make conventional pies and the crust recipe that’s been handed down in my family serves me well for those. Best of both worlds, I’d say. 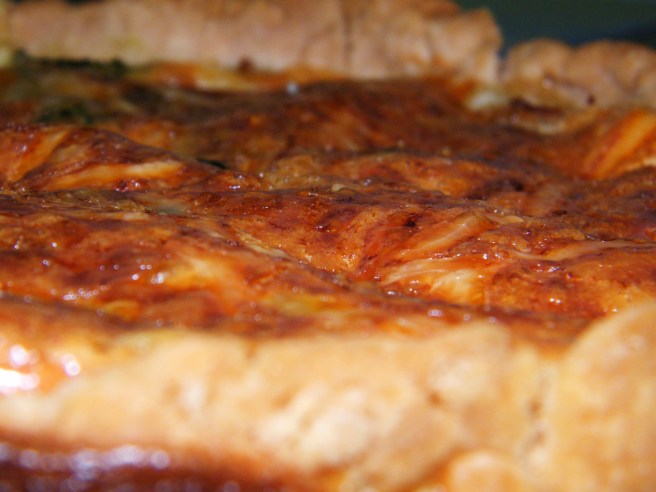 You can find many other blogged descriptions of these recipes here: Torteau de Chèvre and Spinach and Bacon Quiche